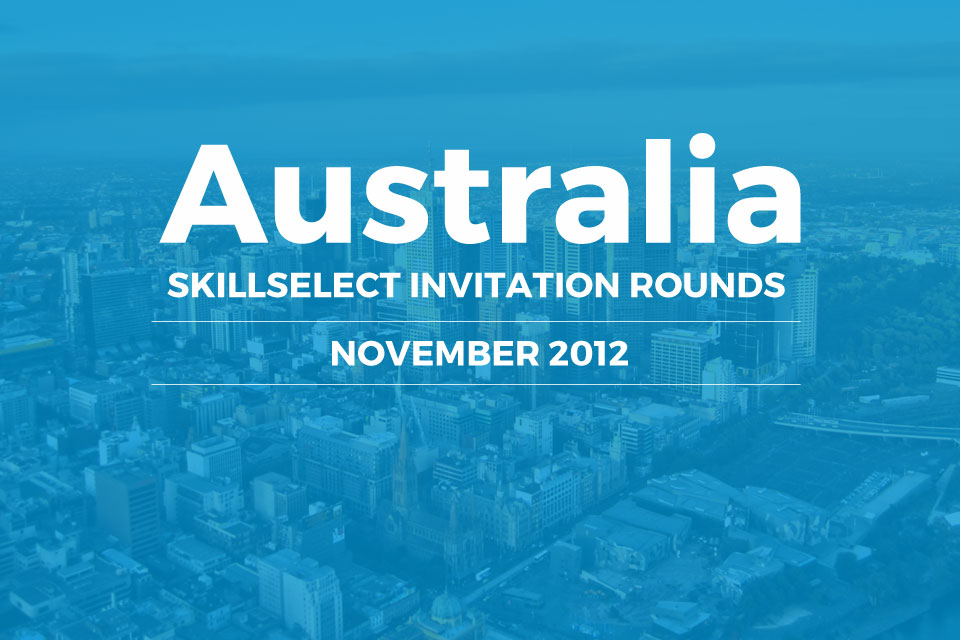 After four months of the new SkillSelect program being implemented a new round of initiations has been announced. Following the October 2012 invitation rounds which resulted in 2000 visa invitations being offered, November has seen an increase of 1000 invitations, totalling 3000.

Invitations that were issued in the SkillSelect November 2012 Invitation Rounds were successfully completed – details are listed in the table below: