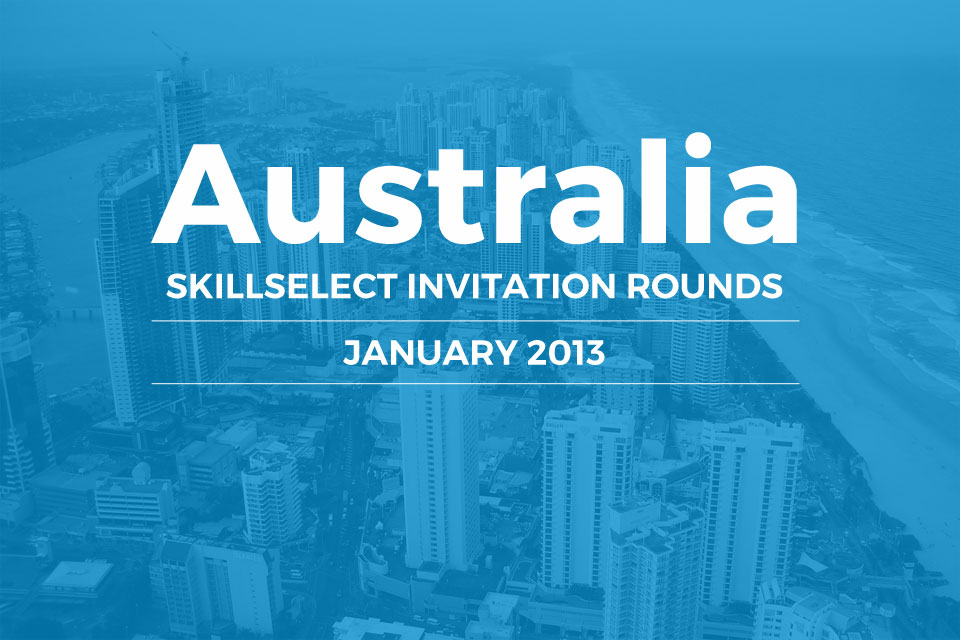 After another successful SkillSelect invitation round a new group of skilled visa applicants will need to lodge an application with the Department of Immigration to fulfil their dream of immigrating to Australia. Technical issues with the online application system are still ongoing and may cause inconvenience for visa applicants and migration agents alike. Initially 3000 invitations were anticipated, however as reported by the department only 2,667 invitations were offered in January.

The SkillSelect January 2013 invitation rounds in January were no different to the previous rounds. Participants with the highest points score are treated with priority and participants with equal scores are invited based on the time the EOI was lodged (sometimes referred to as the visa date of effect).