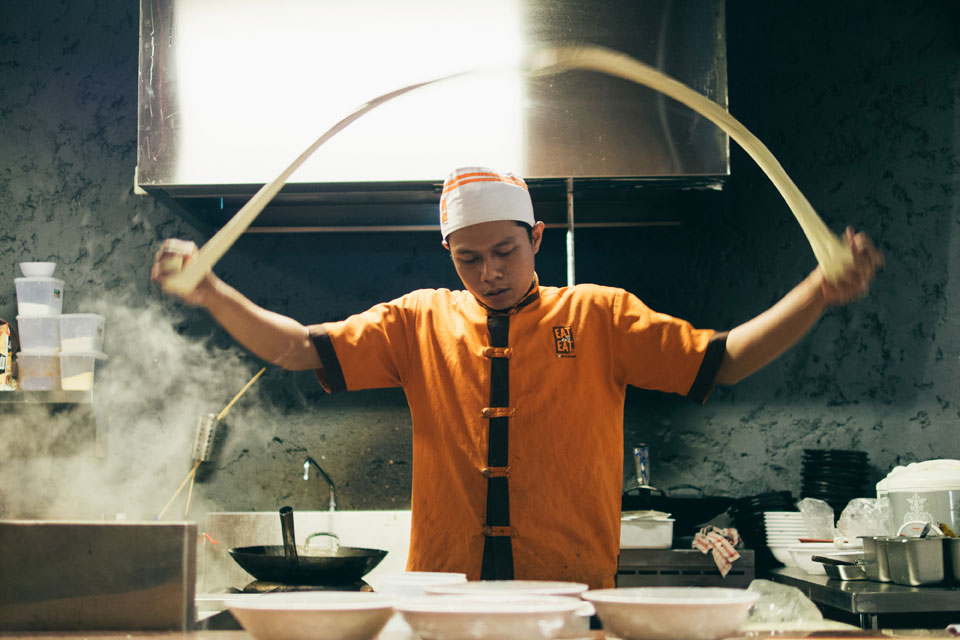 The Skilled Occupation List (SOL) was introduced in July 2012 and was replaced on the 19th of April 2017 by the Medium and Long Term Strategic Skills List (MLTSSL). The SOL helped manage Australia’s skilled migration program by indicating which occupations were in short supply and which skills would be needed in the medium to long term needs of the economy.

Since the program was introduced there were a number of changes in the occupations on the list. Some occupations were removed altogether, whilst some were removed and then added again. Each year there were certain occupations which were selected for possible removal in the next program year due to excess supply. The Department of Education and Training was responsible for analysing the SOL annually and providing information to Immigration and Border Protection for decision making on which occupations would make up the SOL for the next program year.

Each occupation had a ceiling to ensure that only a maximum number of visas were granted in that category. Certain occupations were more popular than others – their ceilings were reached quickly; whereas others only had a small amount of interest. Below are a number of graphs to support this observation.

The top 10 most popular – over the last 4 years 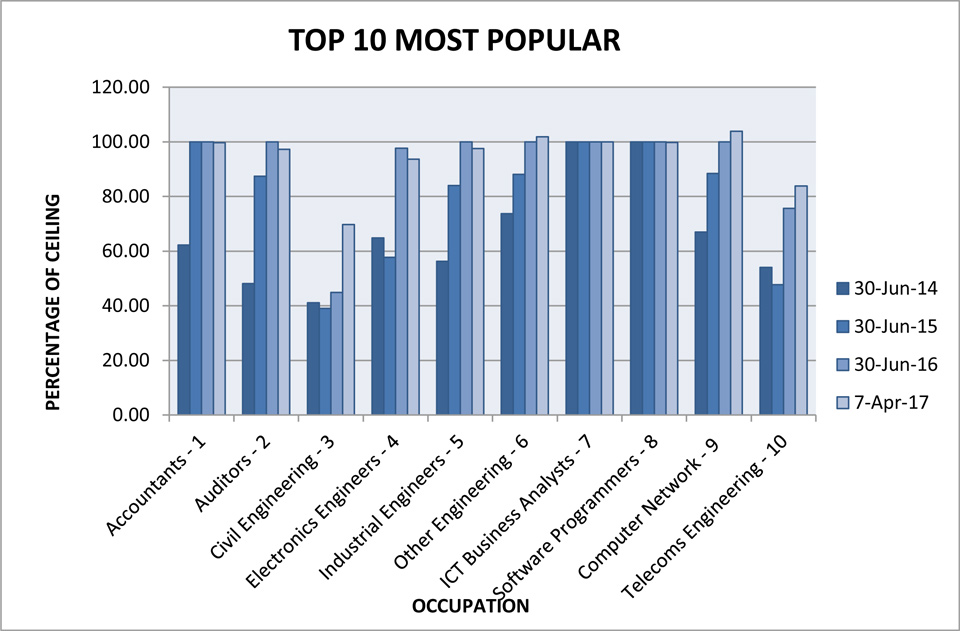 This graph shows the 10 occupations which had the most invitations issued yearly, in percentage terms, over the last four years.

There are a few things to observe from this graph. Firstly, most of the percentages per occupation increased year on year showing that there had been a general increase in applicants in these occupations.

For example, looking at the 2nd field: Auditors, Company Secretaries and Corporate Treasurers, the year on year statistics show the following percentage of the ceiling reached:

From this it is easy to determine that there was a clear upward trend on the amount of applicants in this occupation. The amount of invitations issued in the 2017 program year was already 97.31% as at the 7th of April 2017 so it can be assumed that the ceiling would have been reached by the end of the program year.

Secondly, some of these occupations reached their ceiling for a number of concurrent years which means there could have been an over-supply in the labour market for that particular occupation. 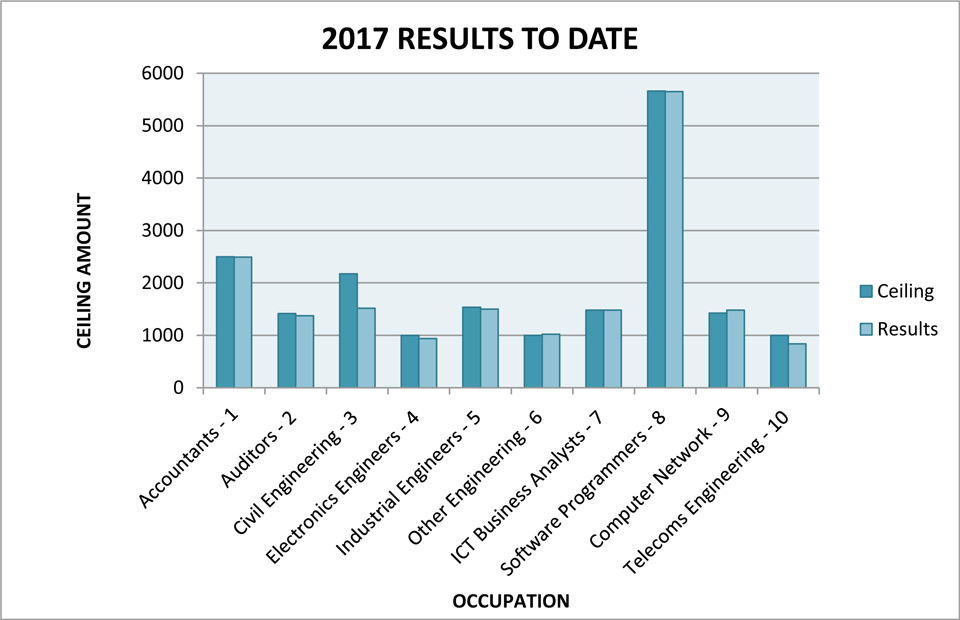 If we break down these results for the 2017 program year only we can note the following:

The occupation names on the above graphs have been shortened and are as follows:

The ten occupations with the highest ceilings but the lowest invitations 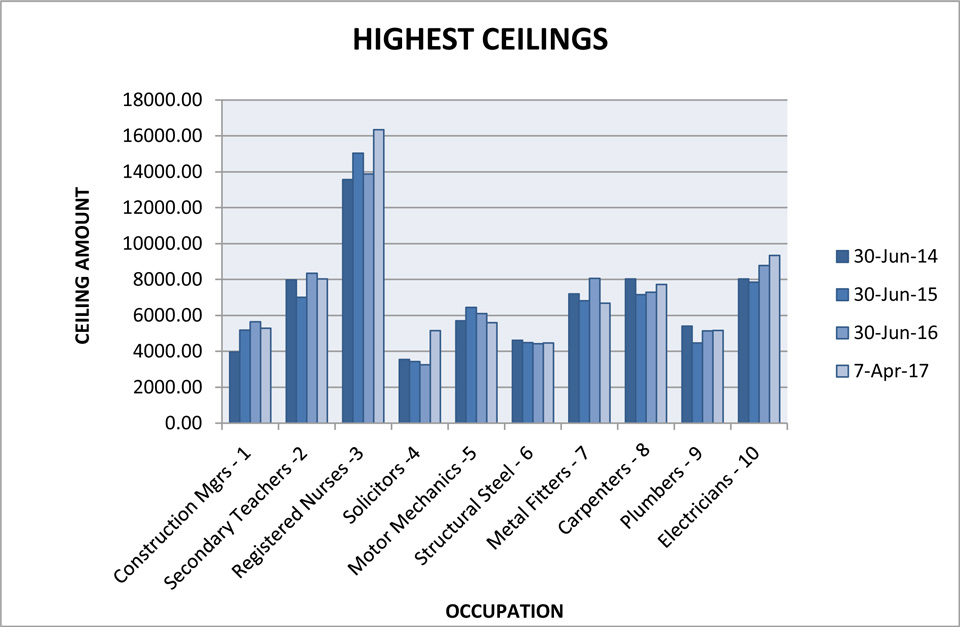 There were 10 occupations on the SOL which had very high ceilings compared with other occupations, yet the total amount of invitations, were extremely low. To show this, we have three graphs.

The first one above shows the actual ceiling amount for these occupations. Most are close to, or over the 5000 mark. Registered Nurses, had by far the highest ceiling, this year reaching a record high of 16346. If compared to the ceiling for Electronics Engineers, Other Engineering Professionals and Telecommunications Engineering Professionals which was only 1000,(see graph 2017 Results to Date), it shows just how much higher the ceiling and the demand was for Registered Nurses.

The second graph below shows these 10 occupations with the total invitations reached, in percentage terms over the last four years. Most were well below the 5% mark in reaching their ceiling.

In this program year, which commenced on the 1st of July 2016, Registered Nurses only reached a percentage of 15.8, leaving a large number of positions open for this occupation. 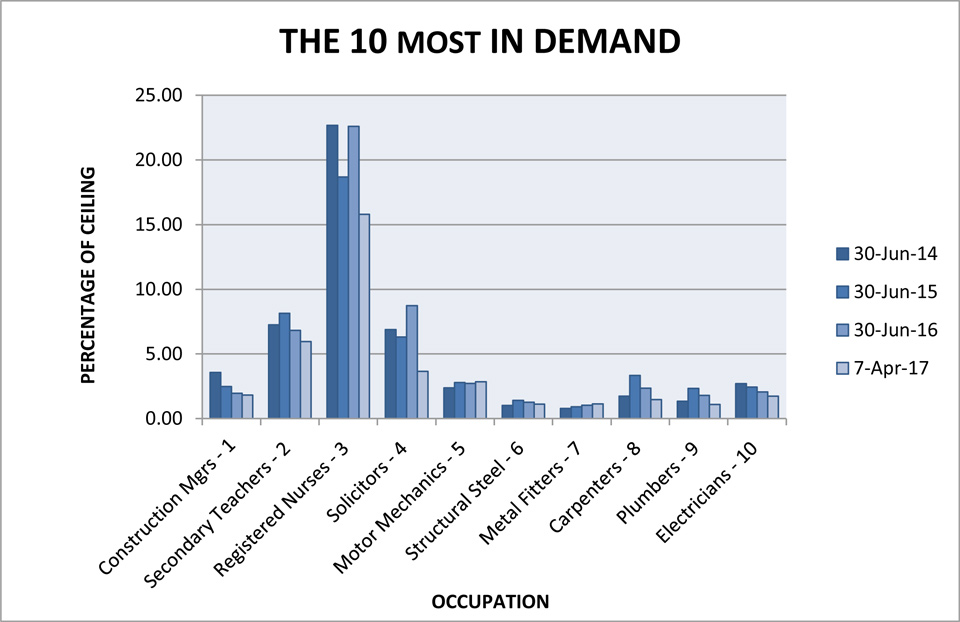 The final graph shows the breakdown for this program year with the ceiling amounts and the total invitations issued to date. It can be noted that all these had an extremely low amount of visas granted in their category. 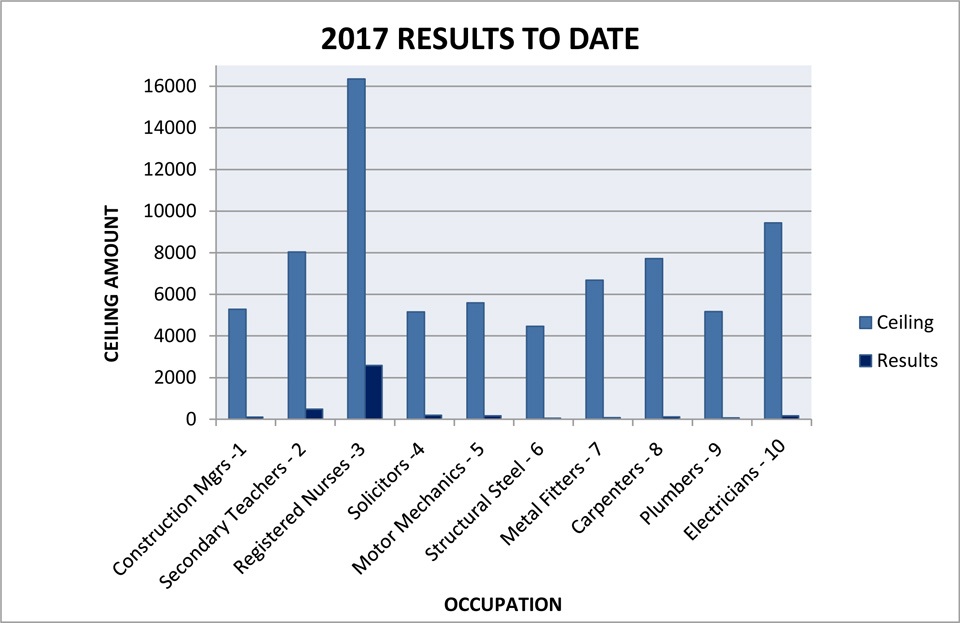 The occupation names on the above graphs have been shortened and are as follows:

In conclusion, this data compared over the last four years, has shown us a wide range of trends, demand, as well as supply of occupations on the SOL. On the 18th of April 2017 the government announced a number of changes to protect the Australian work force. The Temporary Work (Skilled) Visa subclass 457 has been terminated and will be replaced with the new Temporary Skilled Shortage (TSS) visa in March 2018. The SOL has been replaced with the Medium and Long Term Strategic Skills List (MLTSSL) and the CSOL has been replaced with the Short Term Skilled Occupation List (STSOL). Further information regarding these changes will be posted shortly.

*All figures have been recorded from the Department of Immigration and Border Protection: https://www.border.gov.au/

You are here: Home / SkillSelect / Review of the Skilled Occupations List (SOL) from 2013 to 2017
Ready for your free visa assessment?  Get started today
Share this article