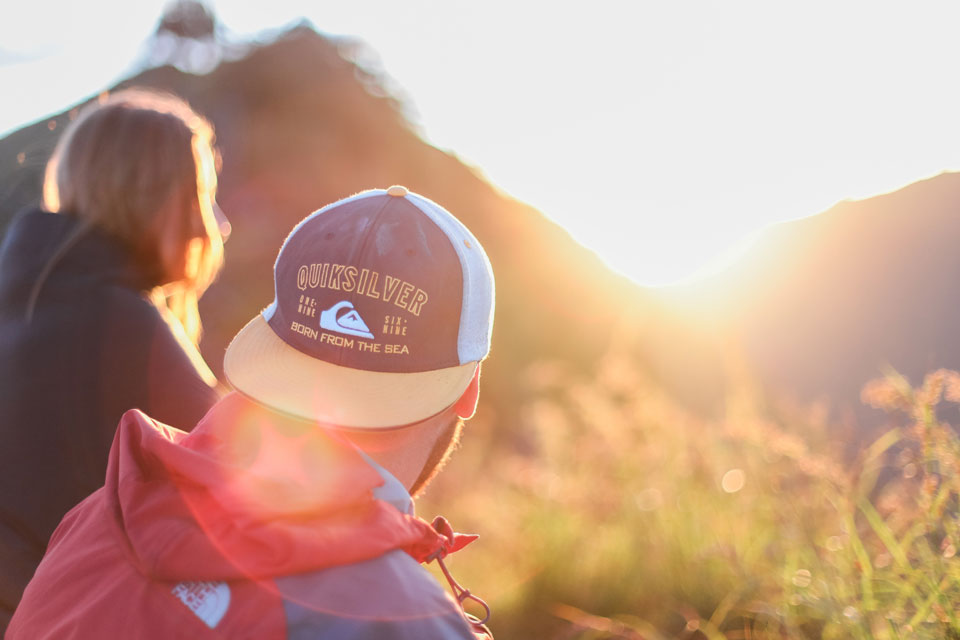 They got along well and shared many things in common. Jackie and Neil socialised outside of work and became close friends. Soon after a relationship began but they weren’t sure how long the relationship might last as Jackie’s UK visa would expire, at which time she was planning to move to Ireland.

Shortly before Jackie was due to leave the UK and move to Ireland, she and Neil talked about their future and they both agreed that they wanted to continue their relationship. To make this happen, Neil would move to Ireland.

Neil quit his London job and moved to Ireland one week after Jackie. They found a flat and lived together for 7 months.

In October 2007 Jackie’s Irish visa would expire and they found themselves talking about their future once again. It was agreed that Jackie would return to Australia and Neil would follow on a working holiday visa, once he had made the necessary arrangements and was granted the visa. Jackie and Neil remained in constant contact while they were separated.

Neil’s second working holiday visa was going to expire in April 2010. Around this time neither Neil nor Jackie had the funds available to apply for a partner visa from Australia, so it was decided that Neil would return to the UK to work, save pounds and apply for a partner visa from the UK. Before long, Neil and Jackie had been apart for 11 months. Neil and Jackie decided not to use a migration agent to assist with Neil’s visa application.

In March 2011, Neil lodged a de facto spouse partner visa application at the Australian High Commission London. Within days of lodging the application, Neil received an email from his case officer advising him that further information was required to process his visa application:

To date, the evidence you have supplied is not sufficient to demonstrate that you satisfy the relationship requirement with your sponsor. Therefore, you are required to provide further information to substantiate your claims in this regard.

Documents that are often provided to substantiate a person’s claim that they are in a genuine relationship include, but are not limited to:

Individual financial or legal documents showing the same address from March 2010 to March 2011.

Neil responded to the above request as follows:

I acknowledge your request for additional evidence in order to demonstrate that I satisfy the relationship requirement with my sponsor. I wish to reiterate that we have lived together for 3 years but since April 2010 I returned to live in the UK, with the intention of applying for an offshore de facto partner visa. Since April 2010 Jackie has been living in Australia. Therefore we have few joint utility bills or financial commitments post March 10.

We do have a joint bank account and share the same address for our personal bank accounts. Jackie will soon be pre-approved for a mortgage and it is our intention that I will be added to the mortgage when I am granted this visa.

What little additional evidence I have I will send to you shortly.

The next email from Neil’s case officer informed him that he did not meet the visa criteria.

Thank you for your message. I would like to advise that one of the requirements for this visa class is that you live together and not apart on a permanent basis. According to your relationship history you have lived apart since April 2010. I would therefore like to advise that you do not meet the requirements for this visa class.

Thank you for your email message.

I would like to point out that the evidence you have supplied is not sufficient to demonstrate that you satisfy the relationship requirement with your sponsor. Therefore, you were required to provide further information to substantiate your claims in this regard.

If you intend to marry in future you can apply for a Prospective Marriage visa but you will have to pay another fee because it is not legally possible to change from one visa class to another.

At this point Neil and Jackie faced the prospect of not meeting the relationship requirement for a de facto visa which meant a visa refusal and losing their visa application charge of GBP £1,130. Not knowing what to do next, Neil and Jackie contacted Migration Angels for advice.

We reviewed their file and provided our opinion on the merits of their case. We presented alternative options to proceed and the potential outcomes of each option. Finally, using our expert knowledge and experience, we drafted a persuasive submission addressing the visa criteria and how Neil met the criteria to be granted a de facto partner visa. The best possible outcome was achieved – Neil was granted a de facto partner visa in August 2011.

The above scenario highlights that going it alone and lodging a visa application without the expert advice of a MARA registered migration agent could potentially lead to a refusal of your visa application.

The names of the above mentioned persons have been changed to protect their identity. The Code of Conduct has not been breached by the publication of this article.